A new petrochemical facility may become a magnet for the first-ever ethane supplies from the U.S. to China.

But, given supply and demand fundamentals in the U.S. ethane market, Asian petrochemical demand was not seen as bolstering Mont Belvieu ethane prices in the near-to-mid-term. Mont Belvieu purity ethane prices, a major part of the U.S. NGL market, have been diving to historic lows.

A new flexi-gas cracker operated by Singapore-headquartered SP Chemicals in Taixing, China, was in the process of testing its furnaces at the start of summer 2019, with preliminary functionality eyed by August, according to market watchers.

Passage through the Panama Canal was signaled, suggesting an ultimate destination in the Pacific Ocean. Arrival was seen as lining up with SP’s August startup.

"The fact that it [the JS Ineos Inspiration] loaded at Morgan's Point means it [the cargo] is ethane, and [passage through] the Panama Canal is likely to mean it is going to China," one expert noted.

The JS Ineos Inspiration would consummate the first-ever shipment of U.S. ethane to China. India and Canada (via pipeline) currently are the biggest importers of U.S. ethane. Other waterborne exports head mainly to Europe.

An estimate from Range Resources in April projected that flows to the Taixing cracker would add around 15,000 b/d to Morgan's Point exports, which would be roughly 10% of the current average flowing out of the facility. 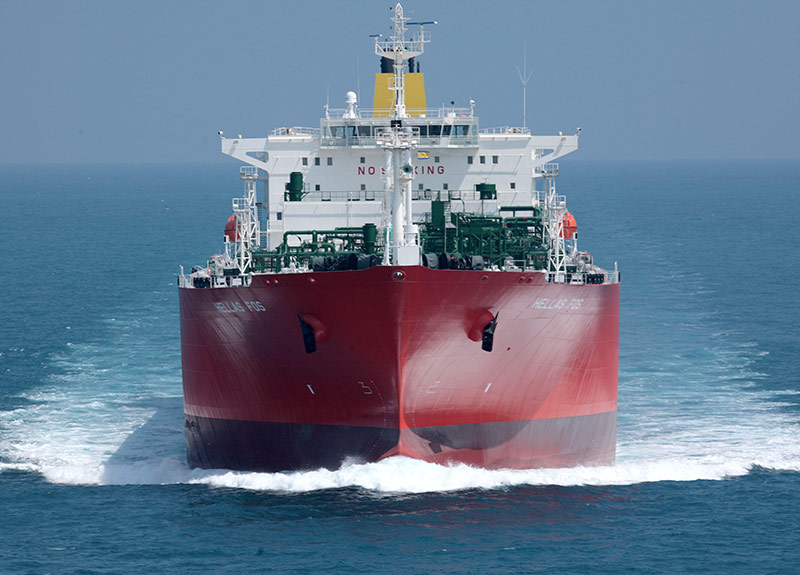 U.S. Ethane Exports to China Have Been Anticipated, Start has Been Rocky

But, as of early summer, the JS Ineos Marlin had yet to deliver ethane to Taixing.

In May, OPIS reported the JS Ineos Marlin was tipped to haul what would have been the first-ever U.S. ethane cargo from Morgan's Point to China. This voyage did not happen, amid reports the cracker might not get into gear before the fourth quarter.

Instead, Ineos ended up taking the JS Ineos Marlin to Scapa Flow in Scotland, from where it organized multiple lightering operations to ferry batches of the cargo into its cracker in Rafnes, Norway.

The JS Ineos Marlin set sail for Houston after its maiden cargo. But the ship changed course. Shipping data in early summer 2019 showed the vessel anchored at the mouth of Delaware Bay since June 26, apparently waiting to proceed upriver into Marcus Hook, Pa.

Marcus Hook is the only other currently operational ethane export waterfront in the U.S., and it also exports propane and butane.

Ineos did not respond to a request for comment.

Even if these flows to China were fully achieved, they are unlikely to benefit Mont Belvieu ethane spot prices either in short- or medium-term, amid a glutted Gulf Coast market, En*Vantage Inc. principal Peter Fasullo told OPIS.

Mont Belvieu purity ethane prices, at the time of this summer's Gulf Coast shipping activity, were the lowest since March 2016, according to OPIS TimeSeries historical data, some 14.75-16.25cts/gal.

First off, the restart of the Mariner East 1 pipeline means that some 30,000 b/d of ethane exports are once again flowing out of PADD1 (Marcus Hook), thus reverting PADD3 (Morgan's Point) exports down to their more normal 150,000-b/d range.

On the supply side, weak Permian natural gas prices in spring 2019 reportedly triggered increased ethane extraction in the field, at a time when two new fractionators, with estimated incremental ethane output of some 115,000 b/d, also started up in Mont Belvieu in the first half of 2019.

Based on all these factors, En*Vantage said surging local stockpiles were expected to depress Gulf Coast ethane prices through the summer.

Fasullo expected the ethane spot price to recover on the back of improved demand once the sidelined crackers returned. However, Fasullo, like many other experts, has backed off from projections that new cracker demand would help Mont Belvieu spot ethane achieve 50cts/gal or higher any time soon.

His projection is for a price in the 25ct/gal range through the year-end, which would be lower than the 30cts/gal at which the year began.

"The impending boost in ethane demand should provide upward support for ethane prices. But, ethane extraction capability will continue to increase and there is simply no room (storage capacity) to handle unscheduled outages and delays in new crackers," En*Vantage noted in published commentary.

"Whether ethane can pick itself off the floor depends on the ability of the petrochemical industry to keep its plants running and to successfully bring online new crackers that are scheduled to start up this year."

The early-summer shipping developments along the Gulf Coast were followed by U.S. President Donald Trump's announcement of a "truce" in the ongoing trade dispute between Washington and Beijing. If the truce holds, it may resolve a macroeconomic risk that currently hangs over ethane exports to China.

U.S. ethane currently is not subjected to Chinese tariffs, but this is only because there are no exports.

Should the trade dispute drag on, and should ethane come into the tariff crosshairs, SP Chemicals may find it financially less burdensome to feed non-U.S. sourced propane instead of U.S. ethane into the Taixing cracker, some experts have previously warned.

Stay on top of global ethane and LPG prices and market news with the OPIS North America LPG Report. 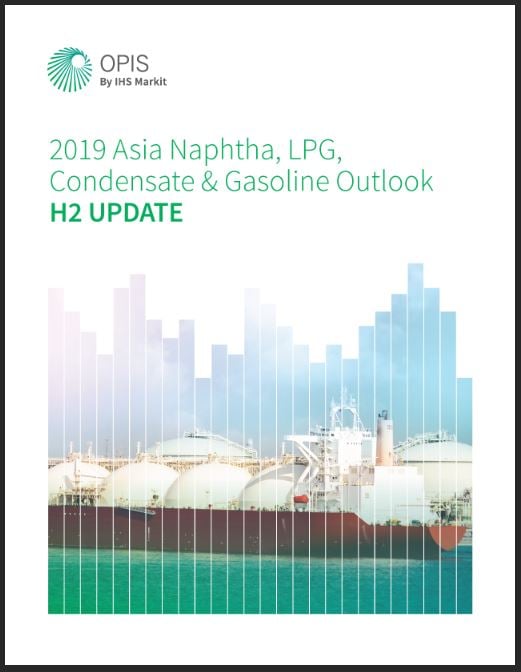