But an analysis of vehicle miles traveled, taxable gallons and EIA and OPIS gasoline demand data shows that the picture is very mixed, and what might matter most goes back to the old real estate axiom … location, location, location.

First, let's take a look at gasoline demand patterns for the U.S. overall. 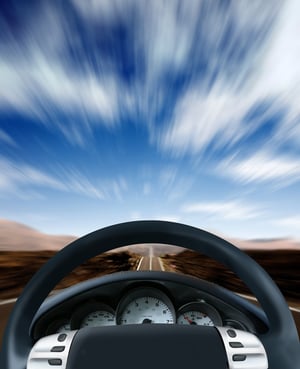 Arguably vehicle miles traveled (VMT) is one of the better indications and barometers for gasoline demand, but, as CAFE standards increase and vehicle efficiencies improve, gasoline demand should probably enter a flattening-to-declining pattern versus growth.

Q1 2019 saw GDP growth of 3.1%, according to the latest from the BEA, but second-quarter estimates are for a pullback after tariffs and the trade war between the U.S. and China is expected to start to take its toll on the economy.

With a fairly solid economy in the background, low unemployment rate and retail gasoline prices that -- ebbing below the May peaks -- appear to have steadied, the 2019 summer driving season should be able to at the very least match demand and vehicle miles traveled in 2018. Tweet this!

Since the oil price collapse that started in late 2014, last year was the highest average price for the summer driving season (monthly averages May through September), according to data from AAA. This analysis is based on figures from when oil prices started to decline when OPEC on Thanksgiving Day 2014 decided to leave output unchanged.

During the 2018 summer driving season, the average U.S. retail prices was $2.87/gal. That average compares with some of the peak prices of 2019 and should entice drivers to take to the roads this summer. Prices this summer by and large should be lower than a year ago on average, though there will still be pockets where supplies become tight – and that is nothing new.

During the summer of 2017, retail gasoline prices averaged $2.382/gal in the U.S., a little more than 15cts/gal above the summer 2016 average, but still a “cheap” enough price to inspire plenty of driving.

Take a look at this retail gas price data from AAA: 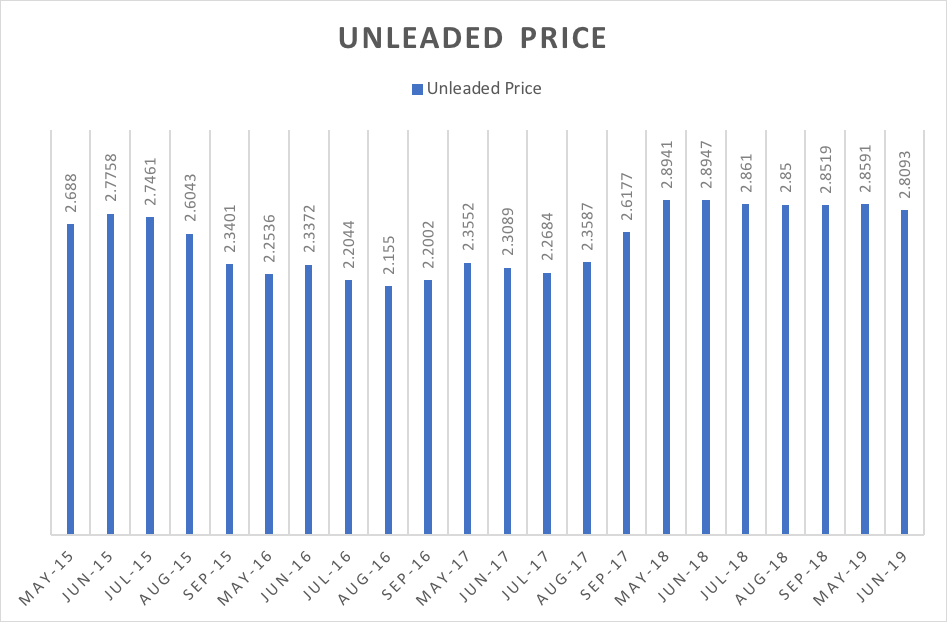 Both national VMT and gasoline demand data from EIA show solid driving trends. During the summer of 2017 VMT averaged 278.939 billion miles while EIA gasoline demand averaged 9.609 million b/d. Both are records for this time frame. VMT that summer was nearly 2% stronger than the previous year.

A sharp drop in retail prices from June to July could help push July 2019 VMT to roughly 290 billion miles.

The split between VMT and EIA demand data is a bit of a head scratcher, but gas station volume data from OPIS leans toward EIA demand figures where the month of August tends to show some of the better demand growth.

What is certain is that Americans are driving more and price may not be the biggest determining factor. Retail prices in the summer of 2016 were significantly lower than 2018, yet VMT was nearly 3.2% higher last summer. As prices are steady, a modest increase from 2018 in the 0.5% area is not out of the question.

Northeast Gas Demand Kicks in Later in the Summer

While July is the most heavily traveled month in the U.S. according to DOT VMT data, in the Northeast, August is when most driving takes place. August 2018 represented a peak at 57.172 billion miles, as compared to the 41.2 billion miles traveled during August 2015.

The hefty August travel also jives well with OPIS August station volume figures. August average volumes have grown anywhere from about 0.4%-1% when compared to July. However, some caution is warranted as August 2018 volumes represented a 2% decline from August 2017.

Most VMTs in the Southeast take place early in the summer driving season, with May seeing the highest VMTs in each of the past three years. Despite a growing population and popular vacation destinations, Southeast volumes appear to be declining, OPIS data reveals. Since consistently selling at least 80,000 gallons per month on average in 2018, Southeast retailers did not eclipse that benchmark during the 2018 summer driving season.

Average station volumes in the Southwest, though, do not gravitate to a particular month, OPIS data shows, as the strongest month has varied from year to year. Nevertheless, average site volumes are trending lower; in 2016 and 2017 it was routine for station volumes to average more than 91,000 gallons per month. But in 2018, station volumes struggled, peaking at 87,722 gallons in June.

Higher retail prices in 2018 may have been the key component in lower volumes in the Southeast and Southwest. At the same time, VMT growth in those regions also slowed in 2018.

Summer Driving in the West Is Pretty Consistent

Western drivers added more than 1 billion more miles on their odometers between 2016 and 2018. VMT figures were highest typically in August, but the increase from July to August was minor, leading to the conclusion that summer driving in the West is reasonably even-keeled.

Overall, volumes during the summer of 2018 were somewhat disappointing in the West, sliding from 2017. However, August has shown to be consistently higher than July. For example, August 2017 volumes were up 2.24% from July to August, with the average station selling 127,604 gallons during that month. August 2018 also saw volumes increase from July, though a more negligible 0.13%.

In Midwestern states, most of the travel takes place in July, according to the VMT data. The Great Lakes region also fits that description. July 2018 saw the highest VMT figures over the past several years at more than 25.4 billion miles. Meanwhile, the Great Lakes saw the most miles traveled in July over the three-year period.

OPIS puts Midwest and Great Lakes states together in volume data. One certainty is that average volumes have dropped from 2016 to 2018. During 2016, average station volumes were north of 90,000 gallons during the heaviest demand periods, well over 91,000 gallons. Last summer, though, retail stations struggled to push volumes past 85,000 gallons on average.

Data is inconclusive when trying to answer whether the summer driving seasons is shrinking or surging. If anything, it appears to, at least, be steady. Vehicle efficiency continues to improve, and that could be the key factor behind increasing VMT figures but flat-to-lower volumes.

Track data just like Denton did in this blog post in your fuel station's metro area. Find out how you can manage  and grow your retail fuel business with OPIS RetailSuite, a set of five easy-to-use online tools.

Is Your Gas Station Making the Grade?