With geopolitics, supply chain tensions, and economic red flags affecting the outlook for coal in North America this winter, here are some important questions to consider from the US coal market in the coming months.

A: The markets for coal have been turned on their head as international sanctions related to Russia’s invasion of Ukraine has upset global coal supply patterns. Further, the effect on global energy prices and the curtailment of natural gas deliveries from Russia to Europe has placed renewed interest in seaborne thermal coal. Concurrently, metallurgical coal demand has softened as steel production ebbs because of inflationary impacts and other factors creating the price inversion between thermal and metallurgical coal. With price premiums that exceeded $100/t for thermal coal, metallurgical coal producers are looking to capitalize on this arbitrage where possible. However, it is not as simple as changing the label on the coal and there are considerations for existing customers, some coal quality concerns, logistics, and potential effect on ESG ratings.

Q: US coal production is set to expand, but is the timing right?

A: The common theme is that US coal production is constrained, and indeed that argument can be made. However, the latest coal production data show there is an attempt to expand coal production despite the constraints. Coal mine restarts are at a fairly high level and employment is ticking higher in the coalfields. The primary constraint really appears to be logistical. The outlook from a transportation perspective is much more cloudy given labor and equipment. This appears to be a relatively short-term situation as railsets are reintroduced and as coal unit retirements will trim demand. Could we be facing a supply glut sometime soon?

Q: The US has long been known as the “swing supplier” in the seaborne markets – has that changed and will it stick in a market down-cycle?

A: For decades, US coal has been viewed in terms of its ability to backfill demand when other supply regions fall short. This holds for both thermal and metallurgical coal. Regarding thermal coal, the strength of the domestic market has always made US suppliers look to exports for augmented opportunities but not as a core part of their business. For metallurgical coal, the shift towards international markets has been ongoing given the comparatively small volume required in North America. But as the US domestic thermal market declines because of plant retirements, many suppliers are faced with the realization that they will need to reach overseas customers more regularly or reduce production. Further, with the shifting of seaborne supply with the sanctions on Russia, US high CV coal makes a good alternative. With the growing trend towards “friend-shoring,” international markets are looking to secure supply including a lengthening of term for supply agreements.

Q: North American coal producers are in a much improved financial position – but are they positioned for energy transition?

A: Following the wave of bankruptcies from roughly 2016-2019, most US coal producers were able to shed considerable debt from their balance sheets. This allowed them to remain solvent through the COVID trough of 2020 and emerge once demand rebounded with both streamlined production portfolios and improving sales realizations. The opportunities expanded with both China’s boycott of Australian coal and now the reshuffling caused by the Russia/Ukraine war. The US market has also provided record realizations as the expanded economy put considerable strain on all power generation fuels. Most coal producers find themselves in an envious financial position with some being virtually debt free and generating considerable cash for shareholders. We are seeing some companies position themselves for energy transition through concentrating on more durable markets or investing in non-coal activities. Is it enough to survive in light of the declining long-term trajectory for coal?

Q: What is the outlook for inventories of coal at domestic power plants this winter?

A: Coal consumption in 2022 has been lower because of the retirement of some generating units but also because some utilities have intentionally reduced their coal burn to thwart the further erosion of their coal stockpiles. Inventories at power plants are low and with considerable uncertainty about expected deliveries, utilities have remained cautious about further depleting their stocks. Given the summer is over, the concern remains especially into next winter. Both inventories of coal and natural gas are at low levels compared to historical norms but during winter, utilities may not find additional natural gas to meet generation needs, which increases the priority to restock coal inventories. While there is no apparent market panic, the ingredients are there for what could be very tight energy supply in the US this winter.

Winter is coming – Will there be enough coal in North America?
Watch this free on-demand webinar, recorded October 27, 2022. 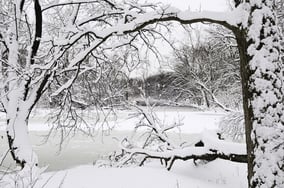 Will there be enough coal in North America?

The US coal market remains volatile. Declining domestic demand will be partially offset by increased exports, but competing fuels look to take more share from coal. Join Andy Blumenfeld, McCloskey’s director of data analytics, for an examination of market conditions and what to expect in the coming months from the US coal market.

Make more accurate buy and sell decisions with the insight and analysis from this free on-demand webinar.