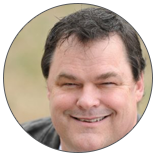 My colleagues and I are excited to organize and attend the North American Export Coal & Gas Summit on October 9-11 in San Francisco. It is unique among North American energy conferences in that the sole focus is the export markets for coal and natural gas. The timing is auspicious. Coal exports have been exceedingly strong, and the development of the export LNG market is one of the most compelling subjects on the global energy scene.

Underinvestment in global thermal coal production has opened the door for North American exports, and producers have taken advantage. Such underinvestment continues and suggests producers will continue to access the international market for the foreseeable future.

At our October event, Paul Vining, CEO of the Cline Group, will discuss one of the world’s most interesting thermal coal supply developments – a large, new operation in Canada that will produce high-quality, high-heat coal.

Two years of relatively high prices have not elicited a robust production response elsewhere in the world. Many of the world’s coalfields are seeing the heat content of their product decline. More coal is needed to produce the same power.

The U.S. domestic thermal coal market has declined because of intense competition for market share with low-cost shale gas and because of the impact and declining cost of tax-incentivized renewable energy. Coal producers have turned to the global market as an alternative and have been rewarded with profitable prices.

U.S. high-sulfur coal producers are much more favorably positioned on the global cost curve than in the past. Their product offers international buyers the opportunity for discounted prices. New consumers have been added. Incumbent consumers have increased the amount of U.S. coal in their blends.

There are reasons to think North America has emerged as a fundamental, durable part of global seaborne thermal coal supply. The U.S. certainly needs the market. Given present circumstances, the world needs the coal.

The tailwinds are welcome, but there are potential headwinds as well. International thermal coal prices have not reached the highs achieved prior to the global financial crisis or at the top end of the recovery in 2011. If the price ceiling is lower, one must assume the price floor could be comparable to what it has been in the past – perhaps lower. Most U.S. coal is not competitive in the global thermal market when prices are that low.

Global thermal demand has gotten a large boost from China, and it is not clear yet whether such will continue to be the case. In a different currency environment, for instance, China could retreat as a coal importer.

North American metallurgical coal producers have benefited both from relatively stagnant global supply and strong demand born of improved economic conditions. As on the thermal side, global investment in met coal production has not been as feverish as $300.00-plus/T peaks and durably high prices ignited in the past. Where money is available, there are production and logistics constraints.

Once again, prospects for durable North American exports appear positive. But there are challenges, including the potential for a delayed but strong supply response from Australia. The world’s met coal consumers value supply diversity, but only if the price is right.

In a conference highlight, CEO Ernie Thrasher of Xcoal Energy and Resources and XLNG, and Managing Executive Officer Yasushi Aoki, of Nippon Steel & Sumitomo Metal Corp., will discuss their views of the global met coal market. In addition, a panel discussion will include key players from the North American and global met coal industry.

In addition to the coal program, there will be a comparable LNG market dissection, plus important networking opportunities. Learn more about the North American Export Coal & Gas Summit program and reserve your seat at https://www.opisnet.com/export-coal-gas-summit/.

Learn More About The Summit

For 3 days this October, San Francisco will be the center of discussion about coal and gas exports to the global market at the North American Export Coal & Gas Summit. Industry experts and stakeholders will convene to examine the changing market fundamentals that are shifting supply and demand dynamics around the world. Register by Sept. 7 & save $200.