The Multiple Pathways to Fossil-Free BioLPG

The LPG sector is exploring almost a dozen different pathways to usher in a decarbonized “bioLPG” future, however, commercial and technical hurdles have yet to be overcome to bring volumes to scale, delegates heard at this year’s World LPG Association (WLPGA) “e-LPG Week.”

Produced from renewable and organic feedstock, bioLPG has an identical chemical structure to conventional LPG, though its carbon footprint is up to 80% lower, according to Liquid Gas Europe, the European LPG sector body.

Already available in a number of European countries, in small but steadily growing volumes, bioLPG can be blended as drop-in fuel and used in existing infrastructure and appliances, without a change or upgrade of equipment.

Current bioLPG output amounts to about 180,000 tons worldwide, according to George Webb, the CEO of Liquid Gas UK, who expects “another 100,000 tons” to be added over the next few years. About half of volumes are used as process fuel.

A Plethora of Pathways

BioLPG can be produced in numerous ways, typically as by-product, using different feedstocks and processes.

Current processes use about 60% waste and residue materials as feedstock and 40% renewable vegetable oils (such as jatropha, algae, rapeseed, palm, soy), with a plethora of production pathways being pursued. Waste includes residues from food processing.

Organic feedstocks have to meet sustainability criteria, and first-generation crop-based feedstocks will be phased out over time, to be replaced by waste and residue materials, according to Liquid Gas Europe. The European Union’s current 7% cap on crop-based biofuels is to be lowered in increments to 3.8% by 2030.

Biorefining has the highest “technology readiness level” and hence already operates at commercial scale. It involves the hydrogenation or hydrotreating of “lipids” -- i.e. organic compounds that are fatty acids or their derivatives, such as vegetable oils, biomass-derived oils or animal fats.

Other advanced options are gasification through the “Fischer-Tropsch” process, which converts carbon monoxide and hydrogen into liquid fuels; gasification to methanol and subsequent methanol-to-gasoline conversion; pyrolysis of biomass; and the methanation of syngas from biomass gasification.

“We are probably going to need all of them, at various different places in the world, at various different times, depending on the feedstock, to be able to meet our full potential as an LPG industry,” said Rebecca Groen, sustainable fuels director at family-owned SHV Energy, who outlined the various options.

“It is the closest drop-in solution to LPG that is available today,” according to SHV Energy’s Mrs Groen, who also represents the International DME Association. “Whilst we do focus on the alternative routes to bioLPG, we need also some opportunities right now to show that pathway. And rDME is one of those very easily achievable, with production technologies available today.”

rDME can be produced from manure, municipal solid waste, biomass and intermediates (biogas/renewable methanol). It is very similar but not identical to LPG, hence can be used blended or pure, with limited modifications to existing LPG infrastructure and similar environmental benefits. “It’s really the easiest and closest solution and one we think it’s really worth exploring together as an industry,” Mrs Groen said.

A number of refineries are observed adding renewable fuel units, such as HVO, pyrolysis, electrolysis, waste gasification, while the conversion of biogas and unconventional lipids (jatropha, algae or even sewage sludge) also draws interest.

Refineries fully switching to renewables tend to be small, uncompetitive or unviable, “usually with a serious handful of government money to do that,” according to Eric Johnson, managing director at Swiss Atlantic Consulting.

“Progress is being made, but it is bumpier than the headlines suggest, and there are considerable risks,” he said. “But the risks of doing nothing are even greater.”

Not all process technologies offering carbon savings are new – some are “resurrected,” and the odd project firm is being “revived” that had gone bust in the past.

Focus on Efficiency, Alongside Carbon Footprint

Mr Johnson’s view that the path to carbon neutrality “isn’t just about renewables, it is also about efficiency” resounded in the words of Chris Smith, managing director at start-up G-volution.

The firm’s dual-fuel technology allows clean fuel types to combust in diesel engines, including bioLPG, which he sees as “very cost-effective, it’s very green, but most of all it can be applied in lots of places.” He mentioned solid-oxide fuel cells run on bioLPG as another option.

“I feel this combination of a clean fuel and an efficient conversion into electricity has tremendous value in a world that is slightly focused on something which is so expensive and impractical as hydrogen, in the medium term,” Mr Smith said. “A lot of people talk about hydrogen. It has got everybody’s attention, but those of us who know the physics of it understand the challenges.”

Walt Hart, vice president and chief strategist for global NGLs at IHS Markit, the parent company of OPIS, was weighing bioLPG economics. “So, at the moment, the prospects of bioLPG depend on the prospects for renewable diesel,” he said at the e-LPG Week event. “There are other processes that could technically make it, but the economics aren’t necessarily supportive.”

“If you did go through the trouble to put up a process that would convert some cheap bio-feed to something else, it’s likely that you would make other liquids – maybe chemicals, maybe other fuels, rather than making bioLPG,” according to Mr Hart.

Faster decarbonization efforts in Europe could pressure prices if LPG from traditional sources is pushed onto the global market. “If you have a lot of LPG going into the market very quickly, it’s more expedient to build petrochemical processes than to build all the infrastructure for residential or commercial markets,” Mr Hart said.

However, he also considered that lower oil product demand in the 2030-40s could reduce supplies of naphtha, on which about 40% of global ethylene output depends at present. “If your naphtha availability starts to get a little bit tight, then you’re looking for other feedstocks, and LPG could really fit the bill on that,” Mr Hart said.

“It seems the world has to keep one foot on the accelerator (r[enewable]LPG) and one foot on the brake (LPG),” WLPGA director David Tyler concluded. “Isn't there an argument then to channel fossil LPG into developing countries, to displace wood as a cooking fuel, while the developed world goes down the rLPG route?” 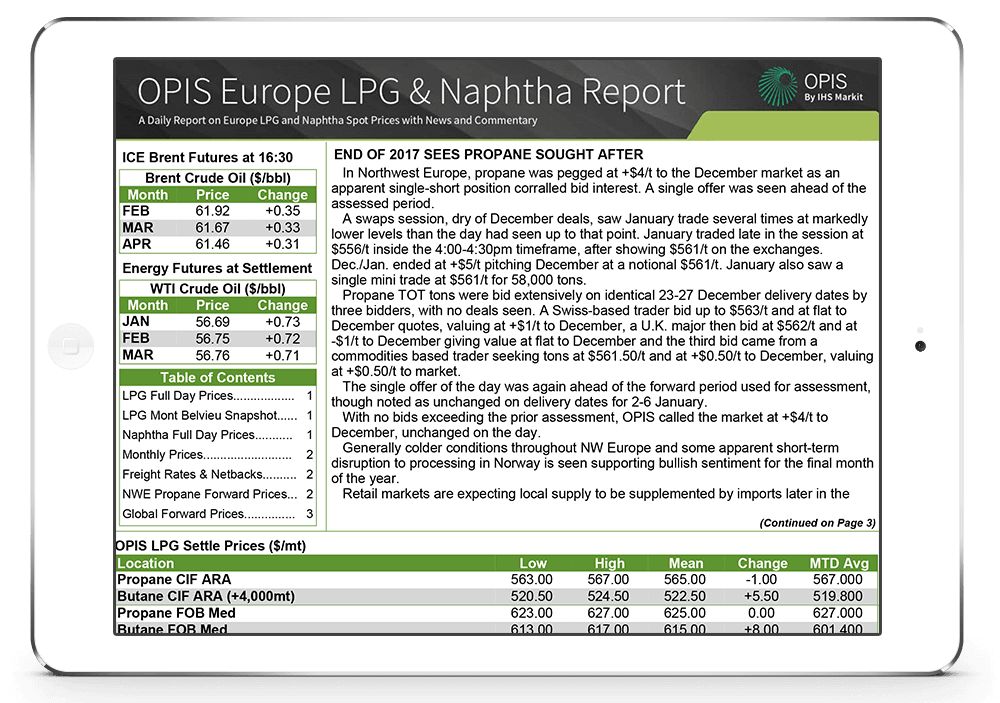