COVID-19 spread during a critical year for the liberalization of Mexico’s downstream gasoline and diesel markets.

In 2020, international oil companies expected to start up operations across many major terminals to boost fuel imports across Mexico.

At the end of 2019, OPIS projected up to 13 new private terminals to come online by the end of 2020, based on information from market participants. However, due to the disruption caused by the virus, this number has been reduced by half.

It is yet to be seen how much Mexico’s fuel demand could drop as a result of the crisis. In April, OPIS estimated US gasoline retail sales fell as much as 50% YOY as three in four Americans were under some sort of stay-home order.

Meanwhile in one of the hardest hit European nations, Spain, data from midstream operator CLH showed gasoline demand fell 82%, for diesel 68% and for jet fuel 92%, as the country faced a strict lockdown.

In our new OPIS primer, we’ve gathered news coverage from recent months (as of April 30) to examine COVID-19’s impact on the landscape of the world’s fifth-largest gasoline and 16th largest diesel market.

In the case of Mexico, IHS Markit, OPIS’ parent company, forecasted in April that Mexican gasoline demand could drop as much as 45% YOY in April and May due to stay-at-home orders and the rollout of phase-three measures.

Google’s mobility data for March showed Mexico trailed behind stay-at-home orders in the United States, Spain and other Latin American countries. Mexico began coming in line with those countries later in April, with fewer people taking public transit and visiting retail locations and close to half of the population not commuting to their workplaces in the week ended April 26. 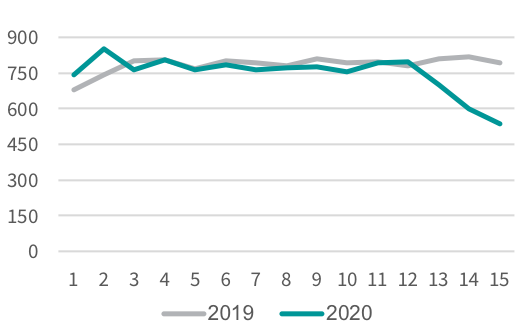 The evolving market situation in Mexico is a story that will continue to unfold. Click here to learn more about how OPIS can provide insight into the changing cross-border fuel markets.

Mexico in the Time of COVID-19 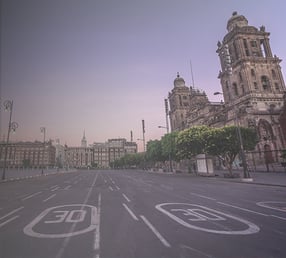 Download this free OPIS primer, which exams how Mexico's fuel markets are being impacted by COVID-19.