Mexico Energy Reform Could Be Put to the Test in 2020

Mexico is poised to test the foundations of energy reform in 2020.

New marine terminals are on deck to add to Mexico gasoline imports. But the market has also been hamstrung by political challenges.

See how Mexico’s energy reform has played since the first private fuel import permit was granted back in April 2016. Click to enlarge. 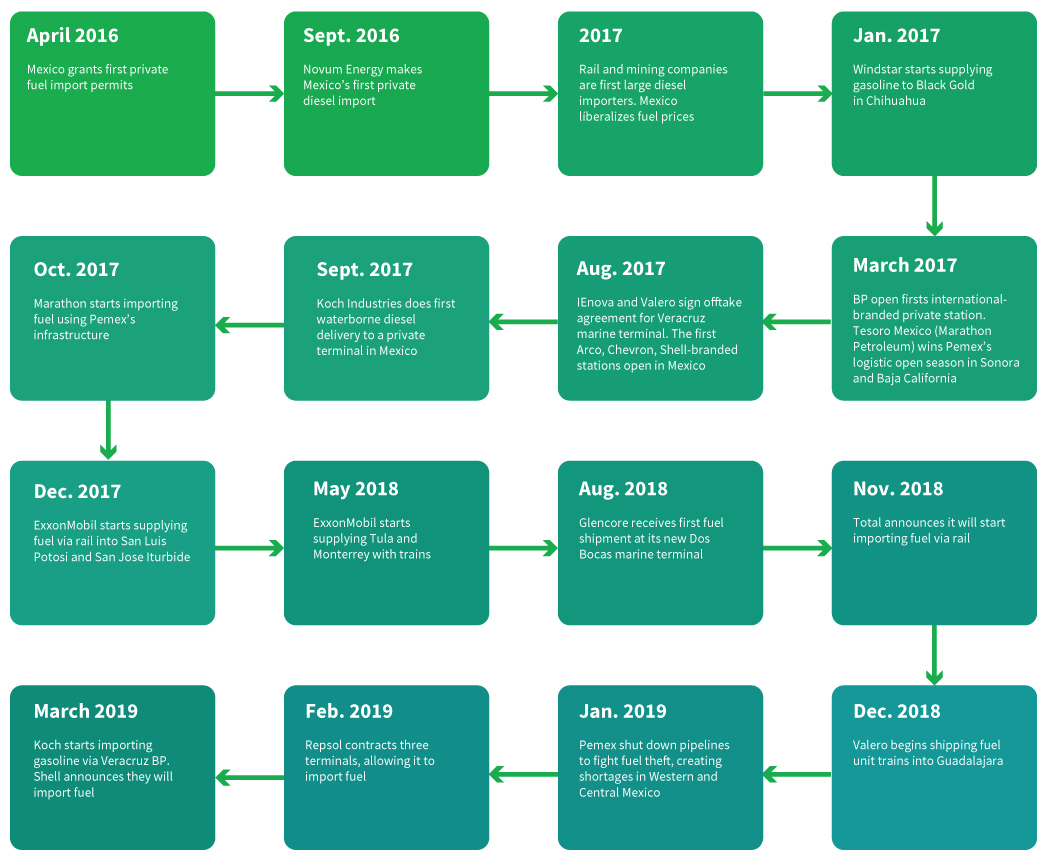 At the rate competitors are currently growing, Pemex forecast it will end supplying 45% of Mexico's gasoline and diesel demand by 2023, the state-owned company said in a letter to the country's Energy Regulatory Commission (CRE).

In the letter, Pemex says growing competition will make it difficult to allocate the more than 1 million b/d of fuel it plans to produce by 2023.

2020 could be the year that international major oil companies like Shell, Total, Repsol, Valero and Chevron can compete against Pemex as new terminals are completed.

Data by PIERS Enterprise by IHS Markit reveals that in October, private companies imported 175,000 b/d of gasoline and diesel for the first time into Mexico, enough to supply 15% of the country's total demand.

In October, ExxonMobil, Glencore, Marathon Petroleum Corp. (MPC), Windstar and Novum Energy were behind 80% of private gasoline imports. Meanwhile, diesel imports were done by a wider range of players.

In 2020, five marine terminals are expected to come on line in Northwestern and East Coast of Mexico, allowing oil companies to ramp up fuel imports and further gain market share.

Marine terminals expected to come on line in 2020:

Currently, there only two private marine terminals servicing companies other than Pemex in Mexico, although, some players have been operating by using ship-to-truck transfer racks with success in Tuxpan and Manzanillo.

In October, MPC, Koch Industries and Glenore imported over 54,000 b/d of gasoline and diesel via marine vessels, a volume expected to increase significantly in 2020 once new marine terminals come on line.

After winning the presidential election in 2018, President Andres Manuel Lopez Obrador promised not to change legislation holding the energy reform until 2021 despite his historic opposition to privatization of the oil and gas sector.

Through 2019, the silence from the new administration regarding the liberalization of the fuel sector was taken by many as tacit acceptance of private participation in the sector.

It will be critical during 2020 to see if energy regulators and authorities continue suspending regulations and public policies to benefit Pemex.

Market participants have told OPIS they are concerned that CRE is starting to favor Pemex over other players at the time of approving new permits.

Under its last December meeting, the regulator approved only retail permits related to the state-owned companies despite a long bottleneck of permit requests at the time.

The evolving market in Mexico is a story that will continue to unfold. Click here to learn more about how OPIS helps you succeed in the changing cross-border fuel markets. 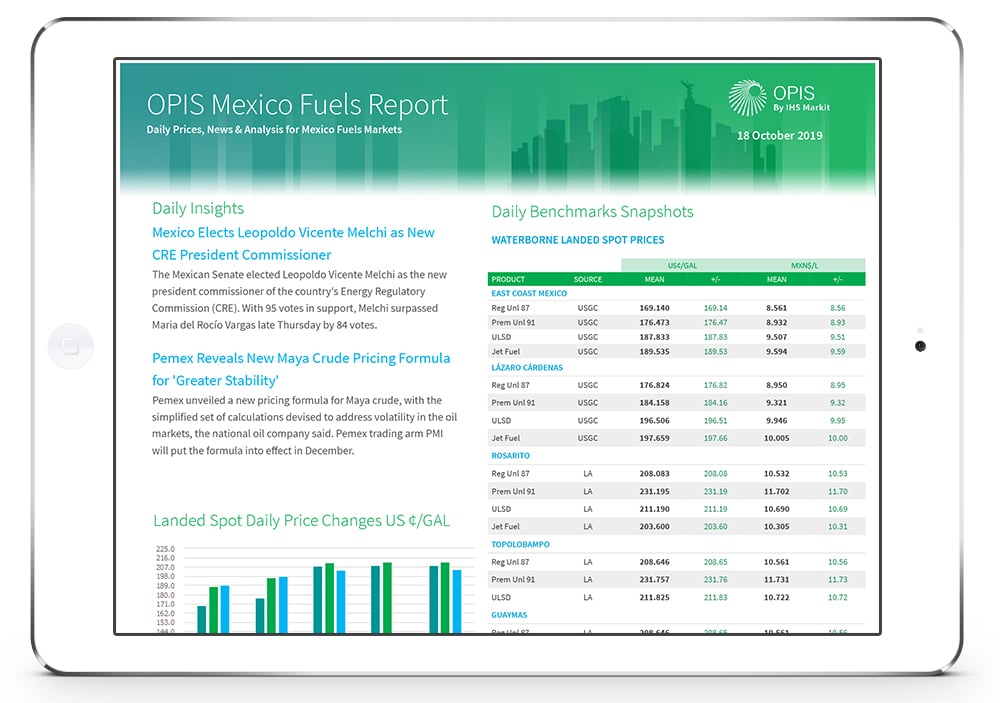