Gas station owners operate in a highly competitive environment, where profits fluctuate wildly. It’s important to stay on top of the fuel marketing industry’s latest trends to seize the hottest opportunities for your retail gas and diesel operations.

Oil Express just released a free special report on the Top 15 Petroleum Marketing Trends of 2019. We dive into what major brands are up to, what’s attracting customers into stations and what potential risks you need to monitor to keep your customers and business safe. Here’s a sample of some of the things you’ll learn.

Three majors – Chevron, Motiva and BP – entered retail fuel ventures with jobbers in 2018. BP also launched a chain of new-to-industry stores starting with a 3,100-square-foot ampm with eight fuel pumps in Rancho Cordova, Calif. Andeavor began converting some multi-site-operator stations back to company-operated sites, this time with a bigger, more sophisticated store model. On the heels of those conversions, Marathon Petroleum Corp. announced it would purchase Andeavor. MPC has aggressive plans to expand Speedway LLC, its company-op chain, both through acquisition and new-builds.

While some majors are returning to fuel ventures, the percentage of fuel sold under a major oil brand sank to at least a nine-year low in the annual survey that SIGMA conducts of its members, continuing a slide that’s been underway for at least five years. Only slightly over a third – 34.5% – of the fuel that respondents sold was retailed under a major brand, according to the 2018 SIGMA Statistical Report, which is based on 2017 statistics. The most recent drop was steeper than past decreases, although the data can be skewed based on which companies respond to the survey in a given year. The ratio of major brand outlets to private brand outlets in the SIGMA survey also dropped to just 36.1%, though in prior years that annual figure has not consistently shown decreases. 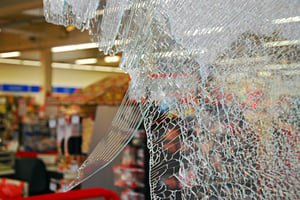 The number of robberies at convenience stores and gas stations rose for the fourth-straight year, even as the overall number of robberies in the United States declined in 2017, according to the latest federal statistics. The two classes of retailers, along with the category “commercial house,” were the only three of the FBI’s seven classifications to see increases last year, according to the FBI’s 2017 Crime in the U.S. report.

The overall number of U.S. ransomware incidents doubled this year, as well as last year, and ransomware was found in 39% of data breaches in which malware was identified, according to Verizon’s 2018 Data Breach Investigations Report. Some 58% of breach victims were small businesses, Verizon said. As part of the energy infrastructure, retail gasoline and diesel sellers are vulnerable to cyberattacks. Anecdotally, some consultants and insurance professionals have said petroleum marketers have been victimized by ransomware, in which a criminal uses malware that blocks access to the company’s data and demands a ransom.

There’s a specific type of credit card fraud petroleum markets and gas station operators need to monitor. Find out what it is in Oil Express’ Top 15 Petroleum Marketing Trends for 2019.

The number of c-stores that sell fuel declined for the third-straight year and the percentage of total c-stores that dispense fuel dropped for the last four years, according to the 2018 NACS/Nielsen Convenience Industry Store Count. NACS said the decline in the number of c-stores selling fuel suggests the industry is focusing more on in-store, food service offers, as well as on new store formats, including establishing brands in more urban, walk-up locations.

Food services are the Big Kahuna when it comes to diversification. But there’s a growing profit center that could help set your station apart from the crowd. Find out more here. 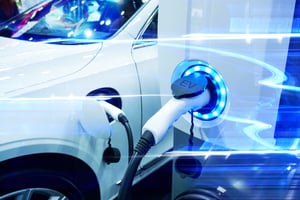 The Fuels Institute sees plug-in electric vehicles as a niche segment unlikely to seize a large share of the U.S. new vehicle market anytime soon and believes much of the positive press about EVs to be hype. But some industry pioneers said they are dabbling in EV charging stations, partnering with several charging networks that only require the merchant to provide a couple of parking spaces. They pay for the equipment, installation and utilities. If EVs take off, stores that have chargers become a destination. At the NACS show, dispenser-maker Gilbarco Veeder-Root announced that it had made a minority investment in Tritium, a privately held EV charging manufacturer, and displayed a fast-charging unit at its exhibit.

There’s much more to learn when you download Top 15 Petroleum Marketing Trends of 2019, just released from Oil Express. These are trends your competitors will be monitoring. Make sure you aren’t left in the dark.

Oil Express has been the leading source of U.S. petroleum marketing news, practical advice and analysis  for over 40 years.