The retail portion of the fuel chain is the most visible to the general public and likely the most complex to navigate.

By now, you should have a pretty firm grip on what influences price in the gasoline and diesel market, starting with the NYMEX and the spot market and are ready to look at the last piece of the puzzle: retail fuel prices.

In our last post, we talked about wholesale racks, where fuel resellers, retailers and end users pick up fuel in “truck and trailer” quantities at one of roughly 400 terminals in the U.S. These transactions are typically 8,000 gallons in size. Remember, fuel gets to the rack from the refinery via pipeline, truck or water.

Rack prices generally react daily to up or down moves in the one of the seven U.S. spot markets. Also remember, producers of fuel look to the spot market to calculate a “replacement cost,” which is spot price + freight to get the fuel from the refinery to the rack.

Aside from some other ancillary shipping related charges, there’s no tax included in a rack price and there’s also no cost to get the fuel from the rack to a retail station.

Who Comes Up With Retail Gasoline Prices?

The most common way retail is priced is by tying the station to a rack. You then take the rack price and add in all federal, state and local taxes PLUS the cost to transport the fuel from the rack to the actual retail site. On top of that, most retailers add in their own “margin,” which is what they estimate their own profit to be.

That final number is a laid-in retail cost. The goal of the retailer couldn’t be simpler: price the fuel above the total laid-in cost. That profit is what we call “margin,” and it’s the lifeblood of fuel retailers.

Remember how we said earlier that spot and rack prices change all the time? Not so with retail! Here’s why:

Competition on the Street

The retailer always has to be mindful of what his competition is charging, especially if he or she competing against a “hyper-marketer.” What’s that? Someone like a Wawa, or a Costco, who sells fuel as a way to get the customer into the store. Many times, those hyper-marketers give up margin for the sake of inside sales.

Two decades ago, most U.S. gasoline stations were branded to a major flag – like Exxon, Mobil, Chevron, Shell or Texaco. Chances are, back then you probably even had a brand-specific gas card.

But, in just the past 15 years, the retail marketplace transformed. That gas card is probably long gone from your wallet, replaced by Visa, AMEX and debit cards. And that’s just one of many changes…

Super Oil Companies and the Rise of Hypermarketers

The majors consolidated amongst each other to create larger conglomerates, a.k.a. “Super Oil Companies.”

A huge portion of the retail stations that use to be owned by household-name brands got sold off. The playing field got a lot smaller – and much more competitive.

Adding to the competitive landscape are those “hyper-marketers,” we talked about above. Wawa, Costco, WalMart, Sam’s Club, Safeway and BJ’s Wholesale started selling fuel.

Also, we can’t forget that majors have decided that they don’t love owning the “real estate.” They don’t want the headache of operating service stations – staffing and maintaining them. They’d rather focus on supplying fuel through their branded distributors or focusing more time on exploration. As a result, huge chunks of the 140,000+ stations in the U.S. have been sold off in the last several years.

So, who are retail sellers these days? Believe it or not, it’s not as simple as you would think. Here is our breakdown of the major players selling retail fuel:

Owned and operated by a major refiner, there are just over 400 major-owned company-run stations left in the U.S. Like we said before, this is becoming a dying breed as majors focus on other areas of business.

In the case of the “company-op,” the refiner owns the land, pumps and any above-ground structures (such as a carwash or convenience stores). The oil company hires the staff to run the retail site.

The refiner supplies the station directly via its own delivery network and the prices the station charges are set exclusively by the company. This is what is commonly known as a “dealer tank wagon” or “DTW” price. The price is usually tied back to a rack and includes delivery, since the major delivers the fuel itself.

A lessee dealer does not actually own the real estate or the equipment. They lease or rent the space and absorb the costs of operating the station.

Usually – but not always – the lessee dealer gets into the brand relationship via a branded distributor, or what we call a branded “jobber.” Essentially, the lessee dealer leases the real estate and, through the jobber, pays a fee back to use the brand name. They are usually locked into long-term contracts with the branded jobber and, by default, with the major oil company.

The lessee dealer typically buys fuel directly from the major via the branded jobber. The price they pay is still the same basic formula: rack price + transportation to deliver into the station.

Here’s a big advantage for these guys – the lessee dealers often receive benefits from their major in the form of rebates and incentives – especially in markets that feature tight margins and stiff competition. These benefits often come in the form of “temporary voluntary allowances” or TVAs, which incentivize the dealer to push the fuel in times of oversupply.

Remember the term “jobber” from our post about rack? They resell fuel – it’s a revenue center for their business. Their customer base is varied. It’s not just retailers. Jobbers also resell fuel to end users such as municipalities and government entities.

A jobber/dealer buys at the rack or on the spot market, if they have storage capacity to buy bulk volumes. They then own a variety of stations, many of which may carry their own brand (ex: “Sam The Jobber's Gas”). This is considered an “unbranded” outlet.

They may also purchase station real estate and station assets outright from a major and sign an agreement to fly that major’s brand flag for a specific period of time.

Large resellers are among the most sophisticated of fuel buyers and are, in essence, oil companies without the “hardware,” (i.e. the refinery) with supply, trading and marketing arms. They are frequently called “superjobbers.”

Jobber/dealers buy their fuel based on rack indices and also buy fuel on the spot market level. That sets the basis for their retail price levels.

This type of retailer, typically, is a private, independent station owner.

Sometimes, they become a jobber and redistribute fuel, but most of the time they are just retailers that own their own real estate. They own it all – the land, the pumps, everything.

Most times, they get supplied from local resellers and do not pull their own fuel at the rack. They usually have a contractual supply agreement with the local jobber, but unlike the jobber or the lessee dealer, their contract terms are usually shorter in length.

The open dealer usually buys fuel from a jobber, who charges a “delivered” price to get it from the rack to the station. The open dealer will use that delivered cost as their basis and add in their own margin. A big challenge for these guys is that they usually do not get “help” in times of tight supply or when margins contract. So, for them, competition is EVERYTHING!

Chain retailers are companies such as Kroger, Walmart, Sam’s Club, Wawa, Costco and Safeway.  These are the "big box stores."

These retailers have become among the newest and most influential players in the U.S. retail fuel landscape.

Chain retailers construct the stations on their own sites, so they own the entire station. Their stations also usually fly their own brand flag.

Chain retailers buy an enormous among of fuel, usually on a rack basis, but also on a spot basis. Remember – they are HUGE fuel buyers and most often are aggressive negotiators with their suppliers. Their fuel buying operations are among the most sophisticated in the industry. They leave nothing on the table!

On the street, they often feature the most competitive prices in the market, using fuel as a “loss leader” to get the customer into the store.

The trends that shaped the current retail landscape are here to stay and OPIS market watchers fully anticipate:

And – above all – the price influence chain will continue to ripple volatility down from the NYMEX, to the spot market, to racks and to the retail level.

As we said at the beginning, buying fuel is confusing – it’s not like stocking pencils, or pens or paper cups. And with a market that moves in rapid-pace, it can be daunting to make the right decisions.

But, now that you have a little clearer understanding of the basics, you have some tools in your pocket to make your next move smarter!

We hope you have enjoyed our 101 series on fuel pricing. Is there a question we didn't answer? Leave us feedback below! 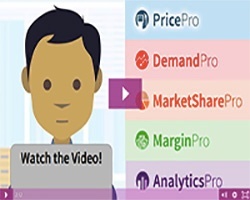