The Netherlands is the latest country to set a date for the demise of the internal combustion engine, joining France, the U.K. and Norway. But, the China electric car market will ultimately determine when the world officially moves away from traditional vehicles.

Dutch media reported in mid-October that its latest coalition government included in a policy agenda an objective that all car sales be “emission free” by 2030 (five years later than an initial proposal floated last year).

The ban joins the small, lowland nation with a growing coalition of European countries that have made similar pledges. And, while such dramatic-sounding policy gives the sense of tectonic industrial upheaval, in reality the moves are fairly toothless. 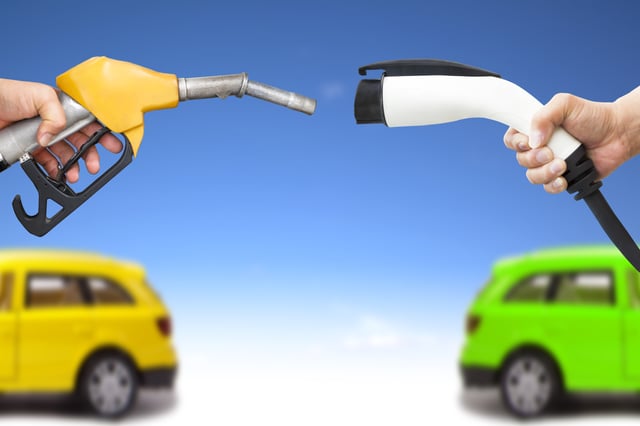 For starters, there are many who expect the purchase of EVs to ramp up dramatically over the next decade on the back of technological improvements and falling sticker prices. Some of the wealthier EU states have been able to supercharge EV sales through lavish subsidies, but widespread adoption is more likely to occur further down the road when vehicles reach more competitive prices and reduce mileage range anxiety.

With the number of automakers now climbing aboard the EV bandwagon, it is quite possible that by the time 2030 rolls around, automotive markets will already be dominated by battery-powered vehicle sales. Many have likened the far off 2030 and 2040 bans on petrol-burning car sales to restrictions on 8-tracks and cassettes in a market defined by streaming services.

Find out what's coming down the pipeline for EVs. Check out the agenda for the OPIS LCFS & Carbon Markets Workshop.

More importantly, the handful of nations that have so far introduced coming bans on petrol-fueled automobiles represent a mere sliver of the global market, which limits their ability to spur aggressive market changes.

All in, the U.K., France, Netherlands and Norway accounted for roughly 31% of European auto sales in 2016. For the global market to truly take notice, a bigger entrant will need to assume the steering wheel.

Beijing to the Rescue

Recent comments by China’s vice minister of industry and information technology has fueled speculation of not if, but when, China would pronounce the end of gasoline- and diesel- car sales. Vice Minister Xin Guobin only shared that his ministry has begun researching the feasibility of a potential ban, but added that the automotive industry faced “turbulent times” as it transitioned from the internal combustion engine to alternative drive trains.

It’s a fairly obvious move for China, a country plagued by notoriously polluted air. As more of its 1.3 billion people move east into any number of megacities and become first-time car buyers, Beijing has prioritized the development and deployment of electric cars to tackle pollution from its burgeoning transportation sector.

The shift to all-electric vehicles carries a major co-benefit as well: advancing the Chinese automotive sector. The nation’s automakers can’t compete with the entrenched manufacturers in the U.S. and Europe, but they already produce half of all EV produced globally, according to the International Energy Agency, and the “turbulent times” mentioned by Vice Minister Xin could present a ladder to additional share for the China electric car market.

U.S. Along for the Ride?

While it is a near certainty the U.S. won’t follow suit and issue its own nationwide ban on petroleum-fueled vehicles (California has apparently explored the idea based on comments from the chair of the state’s air regulator), the reality is that should China and the E.U. continue to pursue such policies, the U.S. market likely won’t have much choice but to evolve regardless of positions in Washington.

Consider the possibility of a collective ban on the sales of gasoline- and diesel- engines implemented by the wealthier EU states (EU 15). Combined with China, automakers the world over would be forced to meet zero-emission standards for roughly 47% of the global market. Include India in that group, which has indicated its own wildly aggressive goals to electrify its transportation sector, and you get to 51% and the potential for massive growth as the country continues its march toward modernization.

Momentum has clearly shifted in favor of electric vehicles. And while European lawmakers eagerly take aim at the internal combustion engine, China and India will dictate the pace of change to an electrified future.

OPIS News Alerts are the best way to stay connected to the evolving electric car market as it relates to the downstream petroleum sector. Don't miss a headline, with breaking news delivered in real time to your  desktop or mobile device.

React quickly to market-moving biofuels news and stay on top of regulatory changes as they happen, with real-time email alerts. Don't miss a single headline in this evolving market.