Did you know there was a carbon market, setting the price for a chunk of polluted air?

When you think of a typical energy market, commodities like gasoline and diesel probably come to mind. But the carbon market is a critical part of the big picture for the energy sector.

These obligated parties – think refiners and large manufacturers – buy the permission to pollute more than what the law allows. It’s also a market where companies like Apple, for instance, can buy offset credits to shrink their carbon footprint.

Mind blown yet? Let’s take a look at how the carbon market works.

In the United States – mostly at the state level – programs have been established to improve air quality by placing emissions caps on substantial polluters, a.k.a. “entities.”

There are couple of ways the entities can go about complying:

They can make facility upgrades to reduce emissions. This is a step many companies have to take to be fully compliant.

And/or they can buy credits, called carbon allowances – essentially paying for the right to pollute.

Assessing the Price of Carbon Emissions

Editors at Price Reporting Agencies – like  me, at OPIS – assess the price of those pollution credits every day.

In a recent episode of the OPIS Crash Course Podcast, I explain a little about my job. Have a quick listen here.

Recently, California carbon allowances traded for around $15.30 per metric ton, according to OPIS pricing data. So, depending on the amount of pollution to be offset with allowances, costs can really add up for, say, a huge refiner.

And, here’s an interesting fact: most market-based emissions reduction regulations are designed so that carbon allowances become more expensive over time – making purchasing allowances less desirable than eating the cost of upgrades that do the real work of lessening emissions.

Hear a little more about that in another clip from my podcast.

Looking for the full podcast episode? Check it out right here:

In the U.S., market-based emissions reduction schemes – commonly known as cap and trade – are found on the coasts.

The first of these programs popped up on the East Coast in 2009. There, a consortium of states formed the Regional Greenhouse Gas Intuitive (RGGI). Now, RGGI is made up of nine members: Connecticut, Delaware, Maine, Maryland, Massachusetts, New Hampshire, New York, Rhode Island and Vermont.

On the West Coast, California started a similar program earlier this decade. This one also includes Canadian province Quebec as a joint member.

What’s Next for Carbon Allowance Programs?

At the end of this year, California plans to extend its program from 2020-2030. So, during that time, chances look good that there will be a viable market for carbon allowances in the state and in Quebec.

RGGI members have also reinforced regulations to strengthen the program moving forward and it’s expected that the group will accept more states into the fold.

But there are always uncertainties for markets tied to climate change – a concept which carries a certain political wavering.

For example, Canadian province Ontario had a brief stint as a part of the California and Quebec cap-and-trade program before a party upheaval caused its removal. The early-June election of cap-and-trade opponent Ontario Premier Doug Ford was the catalyst for the revocation.

So, keep an eye on the headlines as carbon allowance programs expand, contract and evolve. And remember every time you recycle, there is a dynamic trading program doing its part as well to clean up the world’s air.

The OPIS Crash Course Podcast: A New Way to Learn About Fuel Prices 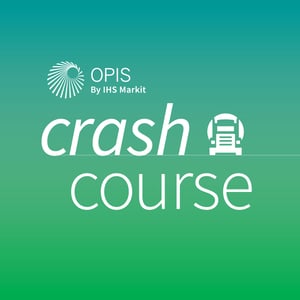 At OPIS, we make it our goal to help people in the global energy market buy and sell with confidence. We see fuel price education as the first step to achieving that aim.

Each episode of the OPIS Crash Course  will cover a key topic in the fuel market related to the commodities we cover. Our goal is to bring you and anyone on your team up to speed on the dynamic fuel price marketplace, drawing on 40+ years of OPIS expertise.

Visit our podcast page to subscribe for free today. We'll connect you to this episode and provide instant notifications of new ones!