Could the ancient proverb “the enemy of my enemy is my friend” point the way toward a rapprochement between U.S. biofuel producers and refiners?

Based on some conversations and comments at OPIS’s 9th annual RFS2, RINs and Biodiesel forum in Chicago the answer is a definite “maybe.”

Biofuel producers and refiners have spent much of the past decade in a bitter battle over the need for the Renewable Fuel Standard (RFS), a law that requires the blending of increasing volumes of ethanol and biodiesel with conventional fossil-fuel-based liquid transportation fuels.

That enmity has increased over the past several years as the percentage of ethanol mixed with gasoline began to break through the so-called 10% blend wall, a line in the sand for refiners, who maintain that most vehicles on the road today can’t safely burn higher ethanol blends.

Biofuel producers have pushed back, saying the RFS was designed precisely to force greater amounts of renewable fuels into the transportation fuel supply and have pinned much of their hopes on efforts to increase the availability of higher ethanol blends, such as E15 and E85.

But efforts by biofuel proponents to boost the sale of E15 have been stymied by refiners, who have opposed legislative and administrative efforts to grant the fuel an RVP waiver, the lack of which prevents the 15% ethanol blend from being sold by retailers in many parts of the country during the high-demand summer driving season. Without the waiver, most in the biofuels industry resigned to only incremental growth in E15. As for flex-fuel cars and trucks that can burn E85? They have largely failed to capture the buying public’s imagination.

Both sides appear deadlocked as refiners battle to protect their market share and biofuel producers look for every avenue to increase sales.

What Could Break The Impasse?

According to some thoughts voiced at the OPIS conference, the answer may well be the emergence of a common enemy – electric vehicles in the nearer term and, over the longer term, advanced systems such as hydrogen fuel cell technologies.

Both technologies have the potential to break the more than century-long stranglehold liquid petroleum fuels have had on the transportation sector and may eventually threaten the viability of the biofuel and refining sectors’ business models.

Though few believe a large-scale shift to EVs and other advanced transportation technologies is likely to happen anytime soon, many are convinced that it is only a matter of time before liquid transportation fuels begin to cede ground as automakers refine alternative technologies and governments around the globe look to reduce greenhouse gas emissions.

Indeed, it seems that barely a week passes lately without a major announcement that should worry those in the biofuel and conventional gasoline and diesel industries.

Here are just a few:

Automakers are getting onboard as well. Japan’s Toyota and Mazda in August said they would jointly invest in an effort to build up their EV technologies, the same month that South Korea’s Hyundai said it planned to introduce its first EV model sometime in the first half of 2018. And earlier this year Volvo promised to have up to 1 million EVs on the road by 2025.

In the U.S., Tesla continues to intrigue both buyers and investors and the Big Three automakers are all working to increase their EV offerings and resolve, along with other global automakers, key roadblocks such as vehicle range, charging times and charging infrastructure.

To be sure, not all of the governments’ plans will come to fruition as envisioned and it’s likely that a good portion of drivers around the world will be pumping gasoline and diesel into their cars and trucks for many years to come.

While most analysts believe it will likely take 10, 15 or even 20 years before EVs and other technologies really begin to take a bite out of liquid transportation fuels, all appear to agree that the trend line is not encouraging for the liquid fuels industry.

Does this mean the liquid biofuels and gasoline industries are destined to go the way of rotary phones, dial-up internet, movie rental stores and phone books?

Not necessarily and here’s why.

Some in the refining and biofuel industries are suggesting that it may be time for both sides to call a truce and realize that each industry is facing a common threat.

So, is an alliance between biofuel producers and the oil and industry coming?

Probably not soon, but don’t bet against it.

Keep up with the latest news and pricing developments shaped by evolving regulations. Get the scoop delivered daily to your inbox with the OPIS Ethanol & Biodiesel Information Service.

BehinD the Battle  for Octane 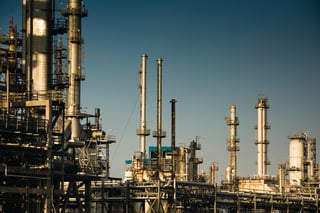 As this post explains, new engine technology will require higher octane fuels. But where will octane-boosters come from?

Behind the Battle For Octane lays out: