You need more than just a NYMEX or ICE futures’ screen to keep pace with petroleum prices, based on the first 22 business days of 2021. Crude oil prices sprinted out of the gate in the first full week of the new year, but prices for Renewable Identification Number (RIN) credits, bean oil, and even ethanol occupied much of the downstream fuel limelight in subsequent sessions.

Trading of RINs, which can be a riddle to even some seasoned energy market players, has been particularly dramatic.

Uncertainty over EPA’s delayed 2021 renewable fuel blending targets, a bankruptcy by a substantial RIN trading house, and the ever-changing relationship between the bio and hydrocarbon components of finished fuel have dominated the action so far this year.

And those elements conspired to send compliance costs for refiners, importers, which are obligated parties under the Renewable Fuel Standard (RFS) to their highest level ever, including numbers seen during the height of “RINsanity” in July 2013, when ethanol RINs flirted with the $1.50/credit mark.

Refiners hosting earnings’ conference calls may be tempted not to comment on these costs, particularly after devastating 2020 losses on transportation fuels that were mostly attributable to the impact of the COVID pandemic.
OPIS computes a daily Renewable Volume Obligation (RVO) value that illustrates the approximate implied cost of RFS program compliance. On Friday, Jan. 29, the RVO assessment was 13.55cts gal, the highest level in the 13-year history of OPIS’s RIN assessments. 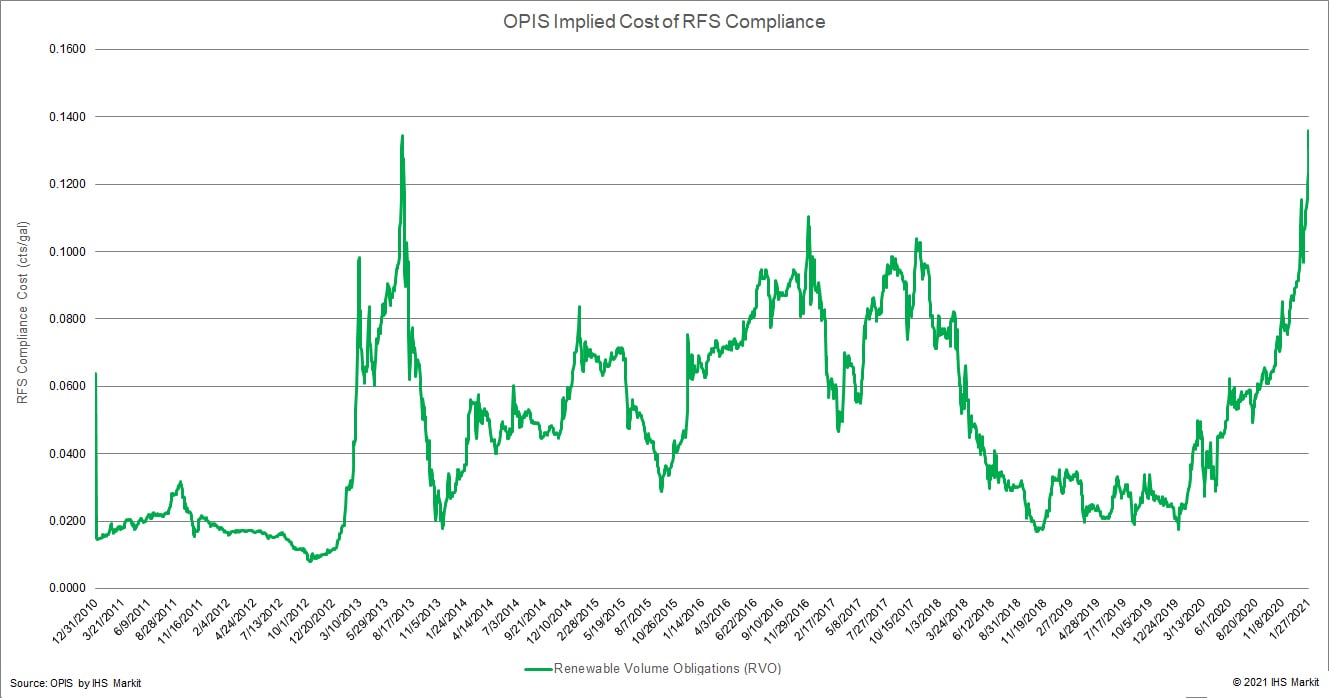 The cost impacts refiners and importers differently, depending on whether they do a lot of blending, have an integrated network of distributors and stations, or move a substantial volume of transportation fuel offshore where RIN obligations are avoided. Under the worst of circumstances, a pure “merchant” refiner might see it refining margins sliced by more than $5.50 bbl if it simply moves bulk product via barge or pipeline and refrains from downstream blending.

Many of the daily price increases in RBOB futures this year have been fueled by rising RIN values. Daily increases in the 2021 D6 (ethanol) RINs of 5-10cts gal were common in January. The rising compliance costs were often a tip-off of the need for wider paper “cracks” for RBOB versus the WTI or Brent benchmarks. Unfortunately, simply looking at futures’ levels doesn’t reveal the often dramatic impact that RINs can have on the market.

For example, in mid-January 2020, futures’ traders might typically have calculated a paper “crack” of $10.32 bbl versus WTI and $4.13 bbl against Brent. Those are the results of weighting a typical 3:2:1 crack where RBOB reflects 67% of the finished product barrel with 33% attributable to diesel. If one wanted to adjust for RFS compliance, the RVO was 2.454cts gal, which knocked off $1.03 bbl for each crack a little more than a year ago.

Fast forward to the last business day of January 2021. A mere glance at screen cracks yielded a products’ gross margin for WTI of $14.20 bbl with Brent yielding $10.55 bbl. Ostensibly, refiners were doing better than a year ago. But when the compliance cost of 13.55cts gal is integrated into the equation, the WTI crack gets sliced to $8.51 bbl while the Brent crack slips to $4.86 bbl.

In addition to the interplay that impact refinery margins, RINs can have some very drastic consequences for product importers or exporters.

For example, it’s clear that demand destruction for gasoline extends beyond North America to the Caribbean, Central America and South America, with destinations that court winter travelers particularly challenged.

“Without the exports, the US refining industry would be facing a lot of headwinds,” noted Debnil Chowdhury, IHS Markit executive director of refining and marketing.

Similarly, imports of gasoline or diesel are much more difficult to justify, given the costs that importers face on the RINs’ front.

Some other factors also are at work in the 2021 version of what some are again calling RINsanity.

Among the most notable: 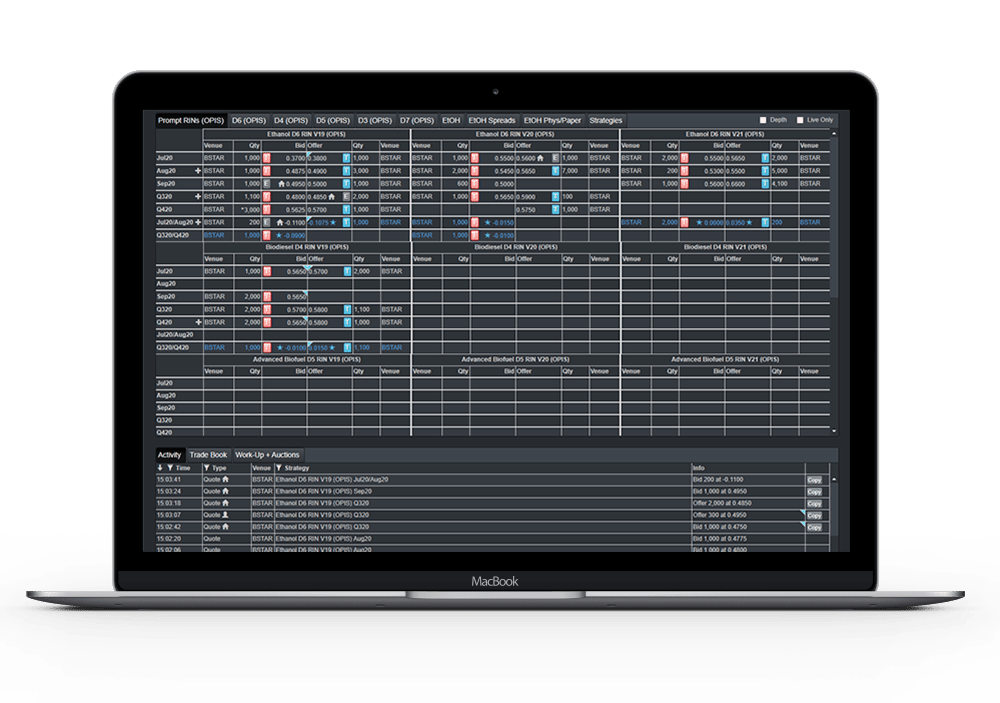