Despite efforts to reduce plastic waste, the world’s rubbish pile continues to build.

Discarded grocery bags dangle from tree branches. Water bottles bobble in rivers. The discovery in recent years of massive blobs of plastic in oceans has shifted the trash issue to one of urgency.

The sheer volume of what’s produced -- and then discarded -- is clear from the waste around us. Today being Earth Day, recycling efforts and movements like plastic bag and single-use-plastic bans are top-of-mind.

Some bad news: Most of America’s plastic rubbish is still landfilled.

Sounds a bit depressing, doesn't it?

Well, there is a beacon of hope that we can find a solution to supplement the fairly low recycling rates -- the emerging business of buying and selling scrap plastic.

Plastic trash has become an export commodity. And, unlike the traditional plastics business, which has supply chain costs going back to oil and gas, the supply base begins as garbage, which is free.

So rather than send scrap plastic to a landfill (paying for its disposal), companies have emerged that bundle and sell it around the world. By 2017, the U.S. sold 223,345 metric tons of scrap plastic as an export commodity, bringing in $636.9 million.

However, in early 2018, China issued a ban on imports of all manner of rubbish, which cut U.S. export volumes by a whopping 47.2 %.

Oh no! Was it back to the landfill? Not for manufacturing entrepreneurs, who began building a domestic market for U.S. scrap plastic in partnership with major U.S. companies.

In March 2019, Procter and Gamble announced that its Herbal Essences brand had made shampoo and conditioner in bottles made from 25% recycled plastic specifically cleaned up from the nation's beaches. A total of 300,000 bottles were manufactured.  P&G partnered with Target to sell these products through June of this year.

How does P&G guarantee that the bottles are indeed crafted with recycled plastics? A company like TerraCycle holds the key. 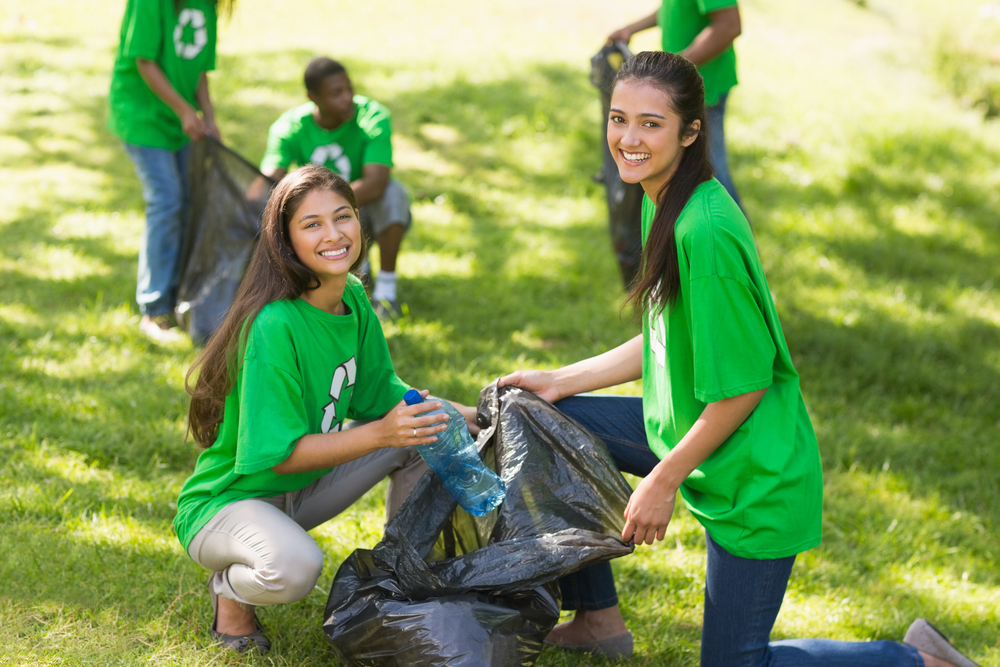 Securing this beach waste, TerraCycle then cleans it and sells it to companies like Silgan Plastics, a large plastics processor in Indiana. Silgan blends the trash-grade plastic with high-quality original-made resin pellets (from traditional producers like Dow Chemical) and turns it into bottles that they sell to Herbal Essences.

Herbal Essences can then label those bottles as certifiably "made with 25% beach-recycled plastic."

It's not just your shampoo bottles that get this special treatment. Dart Container recently partnered with Indiana recycler Plastic Recycling Inc. to build a new polystyrene recycling plant in Indianapolis that will recycle packaging used to encase appliances, TV and other electronics into plastic cores used in cash registers and other machines. The new plant was set for startup in early 2019.

OPIS PCW gives companies like Silgan and TerraCycle confidence on the transactions they make and helps keep their pursuit to solve the world’s plastic trash problem a profitable one.

Understand the Value of Plastic

Get the necessary price transparency and predictability for buyers and sellers in the growing recycled plastics market. 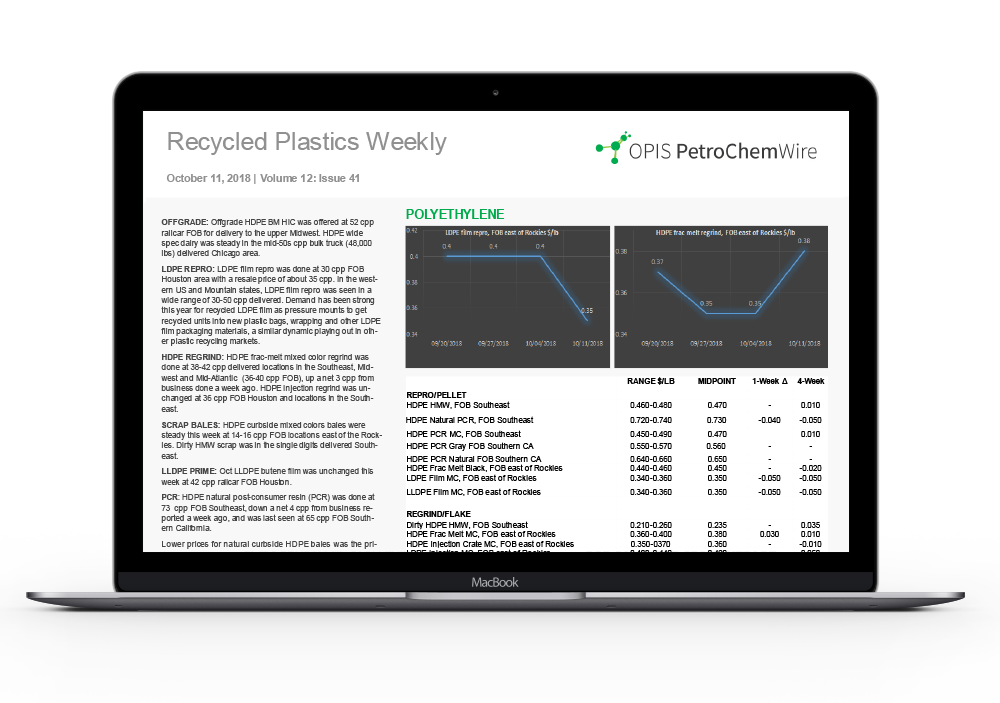 Each week you'll get: