The end of the year is drawing near. We thought we’d take a break from last-minute online holiday shopping for a little introspection.

Early in the year, OPIS market gurus Tom Kloza and Denton Cinquegrana issued their predictions on where the 2017 oil market was headed this year.

Wanna see how they did?

Not to pat them on the back too much, but for the most part, our guys were on point with their calls – with one notable misstep. Let’s check out their greatest hits and their biggest miss. 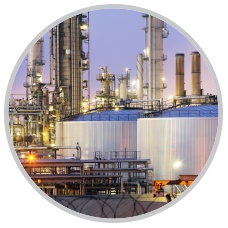 2017 Prediction #1: Recovering oil prices should put a floor under U.S. crude oil production. Though production will not grow at the breakneck pace of 2014 and 2015, a run back toward the 9-million-b/d level looks likely this year.

Bravo, fellas! When they suggested that recovering oil prices would put a floor under U.S. crude oil production, they kinda nailed it. In the most recent EIA data (week ending December 8) domestic crude oil production hit a record of 9.78 million b/d and is on an eight-week upward streak. Production of 10 million b/d appears to be in sight, but we’ll save that for 2018. 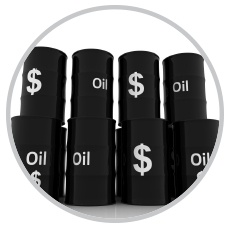 2017 Prediction #2: Prices should remain low when compared to the earlier years in this decade, but the multi-year lows for crude oil are not likely to be revisited again in 2017. Once again, the crude oil lows are likely in the first quarter to early second quarter, as refinery maintenance takes hold. However, traders waiting on compliance data from OPEC’s pledged production cut could stall downside potential.

Hit this one out of the park, Tom and Denton, when you predicted prices would remain low in comparison to the early 2010s, but that the 2016 trough would not be repeated. FYI, OPIS also noted that a $20/bbl range between the high and low crude oil price would be a stretch. As of December 12th, the WTI range was $16.42/bbl. Nice one! 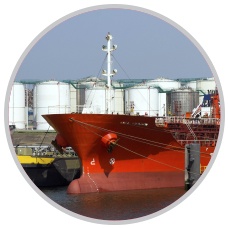 2017 Prediction #3: More frequent export data (weekly) from EIA in the fourth quarter (2016) saw record gasoline and distillate exports and more records are likely in 2017 for exports. Most U.S. product exports will find their way to Mexico, Latin America and South America. Most exports will come from the Gulf Coast. Though the West Coast may be positioned to export more fuel, limited infrastructure could pose a challenge to increases.

The hits just kept on coming, when they expected record exports in 2017. According to weekly EIA data, crude oil exports topped 2 million b/d at one point this fall and gasoline and distillate exports were consistently strong especially in the 2nd half of 2017. Read more about exports and other late-2017 trends here. 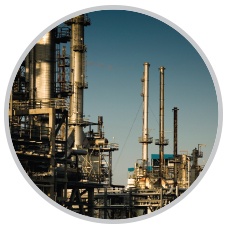 Nailed it again (OK, their egos are definitely getting insane around the office – I’m not peeling you grapes, guys!), when they suggested refinery runs would consistently top 17 million b/d as total capacity pushed past 18 million b/d. For perspective, in 2017 gross inputs into U.S. refineries topped 17 million b/d 23 times, more than three times the amount from 2016. 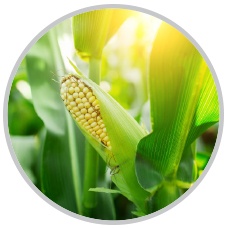 2017 Prediction #5:  A higher-than-expected Renewable Volume Obligation (RVO) sent RIN prices back to more than $1 in late 2016. RIN prices are once again expected to be volatile and, with a new president, the market has the potential to move sharply on any headlines that involve the Renewable Fuel Standard.

OK, now you are just showing off! We anticipated RIN prices to be volatile once again this year and they definitely were. Through December 12th, D6 ethanol RINs ranged from 34cts to 98.5cts and D6 biodiesel RINs saw a range of 80cts to $1.17. OPIS also noted that RIN price movements would be very sensitive to headlines, especially amid the change in political administrations.

But They Couldn’t Win ‘Em All

It would start getting creepy if Tom and Denton got every forecast right. And, sure enough there was one prediction that missed the mark.

OPIS 2017 Outlook Forecasts suggested there would be a relaxation of Renewable Volume Obligations if the values for D6 (ethanol) and D4 (biodiesel) RIN escalated wildly….

Though RIN prices did escalate wildly, the EPA did not lower any of the major Renewable Volume Obligations. For 2018, EPA inched up the biomass based diesel volumes by 100 million gallons and conventional biofuels (ethanol) stood at 15 billion gallons. In fact, the EPA stuck to its recommended RVOs from July when it issued its final ruling last month.

Don’t feel too bad, guys. You hit the nail on the head with almost every other prediction and there’s always next year for a perfect score!

Tom and Denton have made an update to their 2018 Outlook Forecast. Given their not-too-shabby (yes, that was a humble brag) track record, this is a report you can’t afford to miss.

Download your copy right here, right now, to make sure you get the year’s revised predictions.

Since the release of OPIS’ 2018 Outlook Forecast, revisions to oil market predictions have been numerous.

Get your copy of the OPIS Outlook Forecast Mid-Year Review and get a refreshed look at the major trends shaping fuel prices right now and for the rest of 2018.